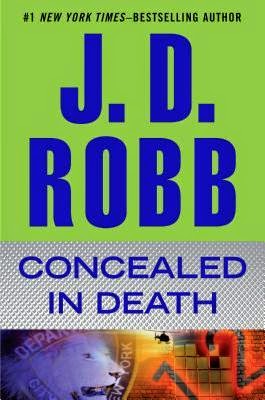 Concealed in Death (In Death #38) by J.D. Robb
This is an adult mystery/crime/thriller novel (Rated NC-17)
♥♥♥♥1/2
(Four and a half Concealed Hearts)
Book Summary
The incomparable J. D. Robb presents the latest moving and suspenseful novel in the #1 New York Times bestselling Eve Dallas series.

In a decrepit, long-empty New York building, Lieutenant Eve Dallas’s husband begins the demolition process by swinging a sledgehammer into a wall. When the dust clears, there are two skeletons wrapped in plastic behind it. He summons his wife immediately—and by the time she’s done with the crime scene, there are twelve murders to be solved.

The place once housed a makeshift shelter for troubled teenagers, back in the mid-2040s, and Eve tracks down the people who ran it. Between their recollections and the work of the force’s new forensic anthropologist, Eve begins to put names and faces to the remains. They are all young girls. A tattooed tough girl who dealt in illegal drugs. The runaway daughter of a pair of well-to-do doctors. They all had their stories. And they all lost their chance for a better life.

Then Eve discovers a connection between the victims and someone she knows. And she grows even more determined to reveal the secrets of the place that was called The Sanctuary—and the evil concealed in one human heart.
My Review
This book sets up like a previous installment. At first I was like has she written so many books she’s repeating a previous storyline. As the plot progresses, this story is most certainly its own. It’s multilayered and gripping. It’s always sad to read about crimes against the young.
I have to say I pinpointed the killer early own. But as usual, the author made me second guess myself along the way which is always very good.
I adore the secondary characters. We didn’t get the whole crew this go around, but there was enough to keep me engaged.
Overall, I have a feeling that the authors is slowly setting up this series to wrap up. Will Eve have a kid and take a promotion at work? She doesn’t seem as opposed to kids as much these days.
Audio Review
Susan Erickson is an amazing narrator. She continues to do an excellent job with this series.
My book boyfriend Roarke. 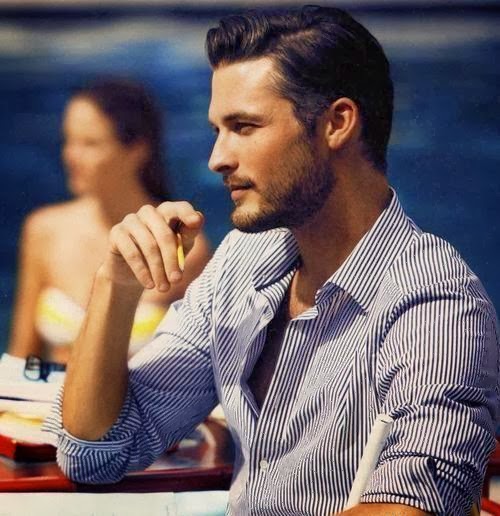 
*Disclaimer - I am not the owner of this picture. I found it on the web for causal fun use on my blog for which I receive no compensation. If this picture belongs to you (you are the copyright owner) please let me know and I will remove it.
Posted by My Book Boyfriend at 5:22 AM