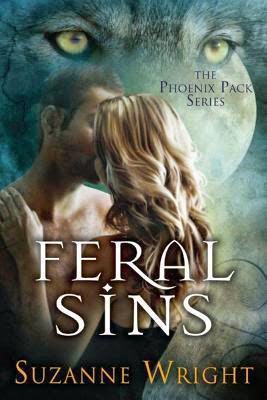 Feral Sins (The Phoenix Pack #1) by Suzanne Wright
This is an adult paranormal romance novel (Rated NC-17)
♥♥♥♥♥
(Five F'ing Hot Hearts)
Book Summary
When female wolf shifter Taryn Warner first encounters Trey Coleman, an alpha male wolf shifter with a dangerous reputation, she’s determined to resist his charms. After all, Trey—who was only fourteen when he defeated his own father in a duel, winning the right to be alpha of his pack—can’t have anything to offer the talented healer besides trouble, or so she thinks.

Taryn finds herself drawn in by Trey’s forceful demeanor and arctic-blue eyes, and she eventually agrees to enter an uneasy alliance with him. If the two succeed in convincing their respective packs that they’ve chosen each other as mates, Trey will win valuable political allies, while Taryn will escape an odious arranged mating.

But there are a lot of potential pitfalls to this plan—including the very real possibility that the wolf shifters, overwhelmed by their growing attraction to each other, will be unable to maintain the clear heads needed to pull off the deception.
My Review
Oh my goodness. I don’t think I’ve been blow away by a story like this in a while. For me this was a winner. I couldn’t think of one bad thing to say about it. Everything about the story made since and was plausible. The romance happened at a realistic pace.
And talk about HOT! Trey was one of the best book boyfriends I’ve had in a long time. He was everything an aphla male should be and more. OMG!
This book had me staying up to read (listen). I couldn’t stop. I think I’m addicted.
All I can say is that the story had everything a PRN should have, hot romance, action and great story line. If you love paranormal romance, I’m highly suggesting this one.
Audio Review
Jill Redfield did a stellar job of narrating. I’ll be looking to listen to her in future books.
My book boyfriend Trey. 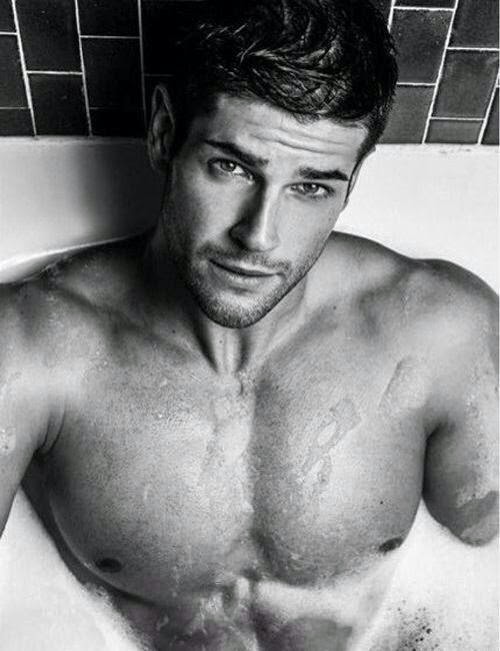