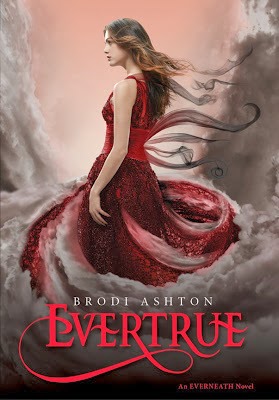 Evertrue (Everneath #3) by Brodi Ashton
This is a young adult paranormal romance novel (Rated PG-13)
♥♥♥
(Three Everneath Hearts)
Book Summary
Now that Nikki has rescued Jack, all she wants is to be with him and graduate high school. But Cole tricked Nikki into feeding off him, and she’s begun the process of turning into an Everliving herself... which means she must feed on a Forfeit soon — or die.

Terrified for her survival, Nikki and Jack begin a desperate attempt to reverse the process using any means possible. Even Cole, who they expected to fight them at every turn, has become an unlikely ally — but how long can it last? Nikki needs to feed on Cole to survive, Cole needs Nikki to gain the throne in the Everneath, Jack needs Nikki because she is everything to him — and together, they must travel back to the Underworld to undo Nikki’s fate and make her mortal once more. But Cole isn’t the only one with plans for Nikki: the Queen has not forgotten Nikki’s treachery, and she wants her destroyed for good. Will Nikki be forced to spend eternity in the Underworld, or does she have what it takes to bring down the Everneath once and for all?

In this stunning conclusion to the Everneath trilogy, Brodi Ashton evokes the resiliency of the human spirit and the indomitable power of true love.


There is just so much to say about this one. I was disappointed. This book felt like it was written by someone else. The plot was just ridiculous. So much could have been done in this series finale that wasn’t. So much time was spent running around accomplishing nothing.
And then one of my biggest pet peeves with this story is how at times thing happen far too conveniently to be plausible. I’ll give an example. (Mind you this didn’t happen but just an idea of the kinds of things that did happen). Things went like this. Someone got hurt at school. The teacher in the class walks up and says have no fear, I’m a doctor too. I can help. (This didn’t actually happen). I mean I was like REALLY, when I read stuff like that. Why didn’t the teacher call a real doctor? Why did they all of a sudden have to BE a doctor?
However, I will defend this book somewhat. I read some of the reviews. Some people were disappointed how things turned out with Cole. I’m going to say “INGNITE ME”. I bet these same people didn’t have a problem with how the author of that book changed Warner into something he wasn’t. At least in this story what happens to Cole makes sense. His character doesn’t lie lie lie, come up with convenient excuses for his behavior.
And then TEAM Cole readers say he was the most interesting character. I won’t spoil who Nikki chose. I will just say that serial killers are interesting, that doesn’t make them boyfriend material. Cole was manipulative. He basically tried to fundamentally change who Nikki was to force her to be with him. That doesn’t spell love. That spells creepy and stalker. Really, if a guy goes to your school and convinces the school office to drop you out of an art class you love and put you in a music class he’s in, would you be enthralled and want to date that guy. Or for you adult YA readers, if this guy gets you fired at a job you love and hired at his place of business, are you going to tell your friends he’s a match made in heaven. Cole might have made the story interesting (just like Warner). It didn’t mean he was boyfriend material.
You know what spells love. When a guy would die for you. Not when he tries to change you but when he would give up his life for you to be safe. TEAM JACK. This guy may not have been the most exciting guy in the book, but he traded himself for her to be safe in the last book. And don’t get made because he got upset because she had to feed on another guy. Half of the readers here would be pissed if another person had eyes on their crush even if that crush wasn’t theirs. Give the guy a break. He never stopped it from happening. He just reacted.
Overall though, this book had far too much of nothing happening that felt like filler. I did like that we learned more about each of them. Still it was boring in the telling.
Audio Review
Amy Rubinate did a good job narration. The characters were distinctive that I didn’t get confused.
My book boyfriend Jack. 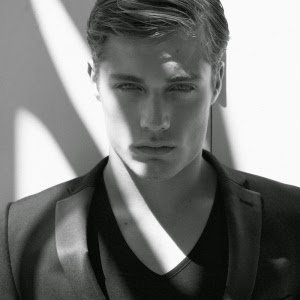