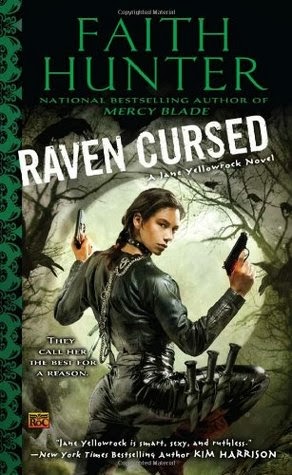 Raven Cursed (Jane Yellowrock #4) by Faith Hunter
This is an adult urban fantasy novel (Rated NC-17)
♥♥♥1/2
(Three and a half Cursed Hearts)
Book Summary
The vampires of Asheville, North Carolina, want to establish their own clan, but since they owe loyalty to the Master Vampire of New Orleans they must work out the terms with him. To come up with an equitable solution, he sends an envoy with the best bodyguard blood money can buy: skinwalker Jane Yellowrock.

But when a group of local campers are attacked by something fanged, Jane goes from escort to investigator. Is it a rogue-vampire, shapechanger, werewolf, or witch? Or something else magical? Unless she wants to face a very angry master vampire, she will have to work overtime to find the killer.  It's a good thing she's worth every penny.
My Review

First let me just say this series has the most butt ugly covers ever. YUCK. And it's not the girl so much, as well... but the design is far to busy and unflattering. I wouldn't pick this book up in a book store.

So, I’ve been hinted that this series seems to be inspired by a couple of other series. I’ve talked about Kim Harrison influences. Now I’ll talk about the others in case you haven’t already figured it out.
Well, the easy one is the Mercy Thompson series. This author seemed to think that having native American roots was a cool characteristic. I must say that the Native America element takes on more in this series than it does in the other. I love the Cherokee language.
Now, that I got that behind us, let’s talk the biggest influence. ANTIA BLAKE. I mean really. She copied the whole master of the city with a French vampire (Jean Claude vs. Leo). I start to wonder if she and Laurel Hamilton will collaborate on a book that brings these two masters of the cities together in battle. Let me just tell you Anita and Jean Claude would wipe clean Leo and Jane. It’s just true.
Then you have Jane, who is a copy of Anita (early pre-sex Anita). Strong woman, doesn’t need a man, strong Christian beliefs about pre-marital sex, master of the city who needs her to solve crime, an other skill that makes her not quite so human, need I continue.
And then there is this Anita quality in Jane that they both collect men. Men are just willing to stand behind these strong women and fight with and protect them even if they aren’t getting any. Jane is starting to collect men just she hasn’t screwed them yet. However, they all think she’s hot. One thing that makes Jane slightly different is Jane doesn’t see herself as hot. Even though Ricky-bo the hottest guy around and womanizer wanted to settle down with her, but she’s butt ugly (in her own head), REALLY?
I’m annoyed with this series but still intrigued enough to continue.
My book boyfriend is Grégoire. It’s just shows you the lack of good men in this series. 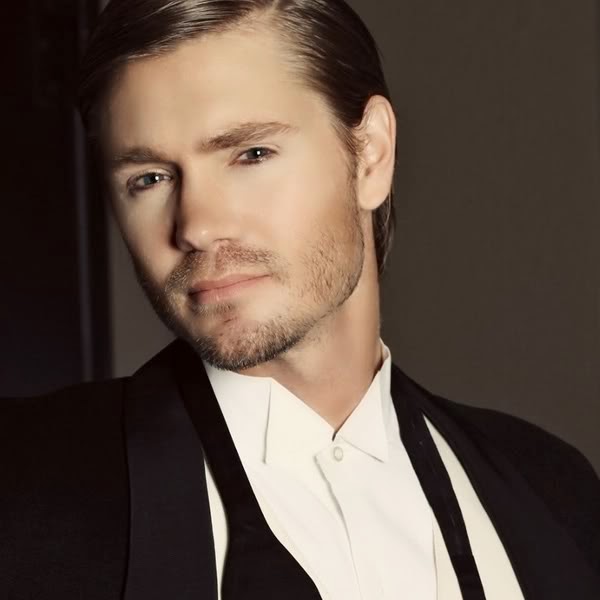